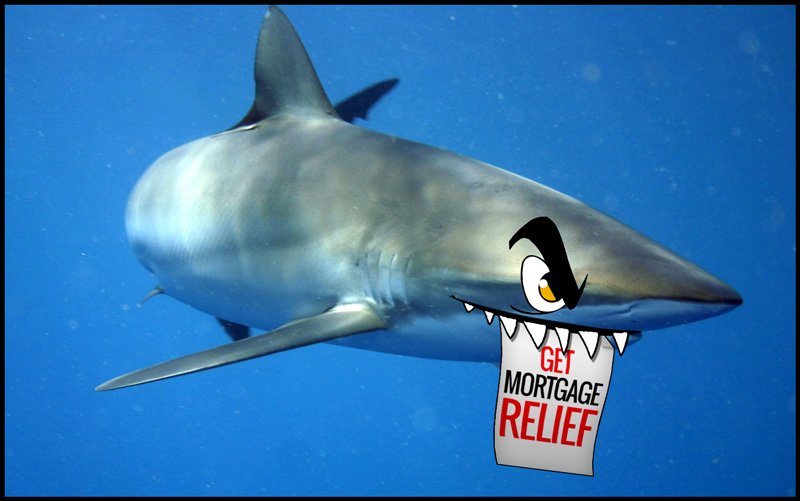 Struggling homeowners seeking to save their house from foreclosure should lookout for a recent mortgage relief swindle. There are many groups that promise relief via upfront fees that are illegal, as discussed in the LA Times, for example. Already, three lawsuits against 8 firms have been filed by the Consumer Financial Protection Bureau. These outfits collected over $25MM in illegal initial fees in the over-promise to modify mortgages or even stop foreclosure. They prey on the distressed homeowners and leave them worse off.

The CFPB is pushing a suppression effort against such scams called Operation Mis-Modifcation. They share a few warning signs to caution the targets for such predators that mask themselves behind a promise of mortgage relief. Firstly, initial or upfront fees would be one. This is illegal. Guarantees of a successful modification should be another. It is impossible to make such promises in advertising or sales efforts.

This scam has the attention of the Federal Trade Commission as well. They have filed six lawsuits according the LA Times. All in all, officials from 15 states have filed a total of 32 lawsuits.

Here at John Bodien Realty, we want to make you aware of such mortgage-relief scams. We hope to prevent people in struggling situations from being taken by those who exploit and damage-further their current financial position.

There is Excitement In West Michigan Home Sales

There is Excitement In West Michigan Home Sales. Our humble city may not be seen as so humble as it grows into an active metropolitan area of excitement, variety and diversity. As the second-largest city in the state, GR did best in nightlife (14th overall) and non-fast food dining (18th). GR has a thriving nightlife and is quite active on the cultural fronts. Read more on how Grand Rapids has earned status as an exiting place to be in article title “The 10 Most Exciting Mid-Sized Cities In America” By Movoto Real Estate.

Our Home of Grand Rapids, Michigan is one of the 10 Most Exciting mid-sized cities in the country