Grand Rapids Short Sale Procedures Can Be Better Than Foreclosures, For Credit's Sake 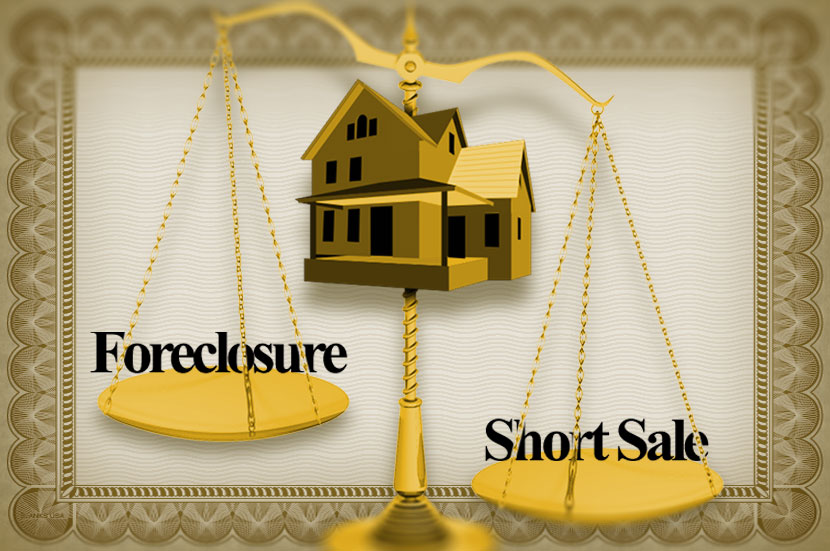 Is a Grand Rapids short sale better, compared to the national trends?

An article by Daren Blomquist,of RealtyTrac noted that after the spike in short sales in Fall 2011 through the Spring 2012, the preferred way for troubled real estate is returning to the customary approach of the auction for the foreclosure as well as bank-owned transactions. The mixture of quickly growing real estate dollar amounts—beside robust desire from institutional financiers and other cash consumers capable of purchasing at the public auctions or an as-is REO home—means short sales are increasingly less promising for creditors."

The cause that directed a transformation to the more expensive foreclosure option as the preferred result rather than a short sale can be attributed partly to the number of entities needed for a short sale procedure and an alleged faster process for foreclosures. Arguably an alternative retort seems to be earlier response in the states that are non-judicial. These places foreclosures can continue with no court intervention.

However can the rising amount of foreclosures (thanks to real foreclosures), or the continual lender behavior of "dual-tracking" where lenders insist underwater owners to be delinquent s they can get permission for the short sale process, triggering a boom to loss mitigation departments simultaneously during a short sale is being administered? This is significant because if either a short sale or foreclosure, these home owners are sending off a incompletely compensated debt which could adversely affect their credit score.
Credit takes note to the following:

"...individual unemployment is the strongest predictor of default. We find that individual unemployment increases the probability of default by five to 13 percentage points, ceteris paribus, compared with the sample average default rate of 3.9 percent.
We also find that only 13.9 percent of defaulters have both negative equity and enough liquid or illiquid assets to make one month's mortgage payment.
This finding suggests that ‘ruthless' or ‘strategic' default during the 2007-09 recession was relatively rare and that policies designed to promote employment, such as payroll tax cuts, are most likely to stem defaults in the long run rather than policies that temporarily modify mortgages..."

Efforts to display lenders in what way the bottom-line net monies can be bigger when they let homeowners which are underwater (those who frequently have to relocate due to their hardship), to stay up to date as they exercise the short sale procedures. Numerous amounts of these people were forced to relocate for a shift of job status, death of a spouse, divorce or other reasons of adversity. Many chose to lease or rent out the underwater house, then to discover they could not manage costs that come with several locations, thus exhausting them monetarily as a short sale developed into the lone remaining choice. It would be wise that existing owners that require or desire to be on top of a proven hardship should be expedited with a protocol that is available for delinquent owners.

A resolution offered in the November 2012 Federal Housing Finance Agency (FHFA) New Short Sale Guidelines provide underwater home owners to keep credit unbroken by letting a short sale to continue when a Fannie Mae or Freddie Mac home owner was up to date on their mortgage payment, plus had a condition of hardship they found satisfactory. Several, including small business owners apprehensive with respect to good credit for growth of their enterprise, and employees who are forbidden to be delinquent as they are in government; this method kept credit established of the course of a lifespan effectively unharmed. But after November 1, 2012, lending banks tended to overlook the FHFA laws and still continued to oblige underwater homeowners to fall to a delinquent status prior to permitting a short sale.

There is an approximate estimation of 7.5 million underwater homeowners (June 30, 2013/Realty Trac) currently around the country that could deal with a short sale or even more likely, a foreclosure now. Also, 2.2 million past short sellers were blocked from the mortgage market until Nov. 16, 2013 when Fannie Mae settled to undergo a modification in their automatic scheme that certified short sales coded as foreclosures to be altered to a short sale, letting formerly repudiated mortgages to get approval (The efforts of Senator Bill Nelson and the CFPB have attributed to this). In addition, there is attention from the FHFA to clean up the data and information, so that exact tracking of credit tendencies can be exercised.

When lenders start making decisions that account for preservation of high quality credit that they expect for their own loan products, realize that the vast majority of underwater homeowners do not want to and would not go delinquent on their mortgage except that this is the only option given by their lender to proceed with a short sale, and realize the long term benefit of forming policy that can help build towards a substantial number of U.S. consumers to go forward, then the housing market can rebound. Grand Rapids short sale options adjust accordingly.
This article was based on the article in National Mortgage Professional Magazine entitled “Why a Better Short Sale Process Instead of Foreclosure Can Good Credit Flourish“